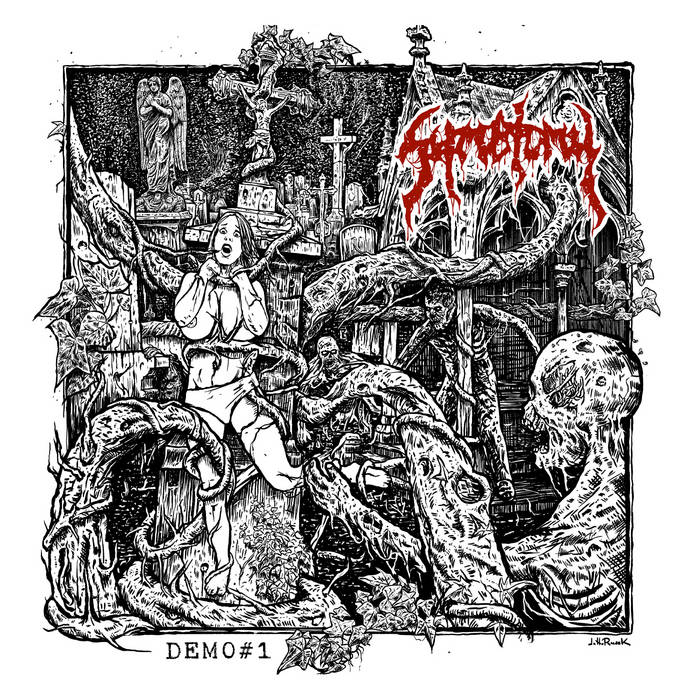 andcolinonbass If the guitar tone don't grind, it ain't worth your time. Gnarly stuff. Favorite track: The Sound of Perverse Thoughts.

SYMBTOMY was originally created as a side project of Dejvy; but after Duzl and Martin joined the permanent line-up, SYMBTOMY became a regular band. The idea that put the band into action is simple: "dust off the old practices of the 90‘s and pay tribute to the bands from the same era."

The material for the first demo was composed at the end of 2019 and rehearsed with POPPY SEED GRINDER drummer Štěpán (ex-DESPISE). Since the band plans to follow the way of bands from the 90‘s, the first physical medium had to be an audio cassette. It is released (due to a Covid-19 pandemic) with a six-month delay in the autumn of 2020, and enriched by a variety of very interesting guests. The vocal parts were performed by Jonny Pettersson (WOMBBATH), Ralf Hauber (REVEL IN FLESH) and Johan Jansson (INTERMENT).

Three songs in the style of Swedish Death Metal will be released in October 2020 by the American label FROZEN SCREAMS IMPRINT, and in Europe under the license by the legendary Slovakian label IMMORTAL SOULS prod.

"Demo #1“ was recorded in the DEJVY´S HELL and HOLLYSOUND studios during the spring of 2020, with the following line-up: